Evolving from Historic Group N racing through to Biante Historic Touring Cars, the series emerged as the Touring Car Masters for its inaugural season in 2007 and immediately struck a winning formula, with its mix of classic hero cars and modern improvements, such as disc brakes, dry-sumped engines and radial tyres, producing intense, dynamic racing right from the outset. Showcasing a selection of immaculately prepared touring cars of the pre-1981 era, the Touring Car Masters boasts some of the sport’s most iconic muscle cars from Falcon GT’s, BOSS Mustangs, Chevrolet Camaros, Chrysler Chargers and Holden Monaros to the giant-killing Holden Toranas and nimble Porsche 911 RS’s. Pontiacs, Mercuries, Ford Capris and more.
LEARN MORE >>>

Heritage Touring Cars are the Legends of Bathurst – mighty Group C & Group A Australian touring cars driven by icons such as Brock, Moffat, Richards and countless others to legendary status. With Heritage Touring Cars, the legends live again, unleashed on Australian racetracks with all the fire and fury of the golden age of motor sport.
LEARN MORE >>>

The National Sports Sedans Series is arguably the most dynamic and exciting motor racing category in the country. The noise and the serious horsepower from the mid mounted engines of these ‘winged and wild’ racers is awe inspiring. Built and raced by a dedicated group of devotees chasing the ultimate in power to weight performance, they share a unique place in Australian motor racing heritage.
LEARN MORE >>>

NSW Production Touring Cars are set to rock the Muscle Cars Masters meeting! With a grid of around 40 cars, the racing will be close, clean and exciting up and down the field. Prod Tourers have a multiple class system and innovative point score system that rewards consistency so that any competitor, in any class, has the chance to become CAMS NSW State Champion.
LEARN MORE >>>

Superkarting is simply the pinnacle of karting, taking place all over the world at the world’s greatest car racing circuits reaching speeds of up to 260km/h. Delivering a driving experience that that feels like a Formula 1 car, they punch above their weight when it comes to performance and never fail to deliver when it comes to providing exciting racing!
LEARN MORE >>>

For the first time, we are inviting classic motorbikes to our annual muscle event! The St George Motorcycle Club will run an invitational road race round at Sydney Masterblast: we cannot wait to see these fantastic machines, great riders and close racing at our event!
LEARN MORE >>> 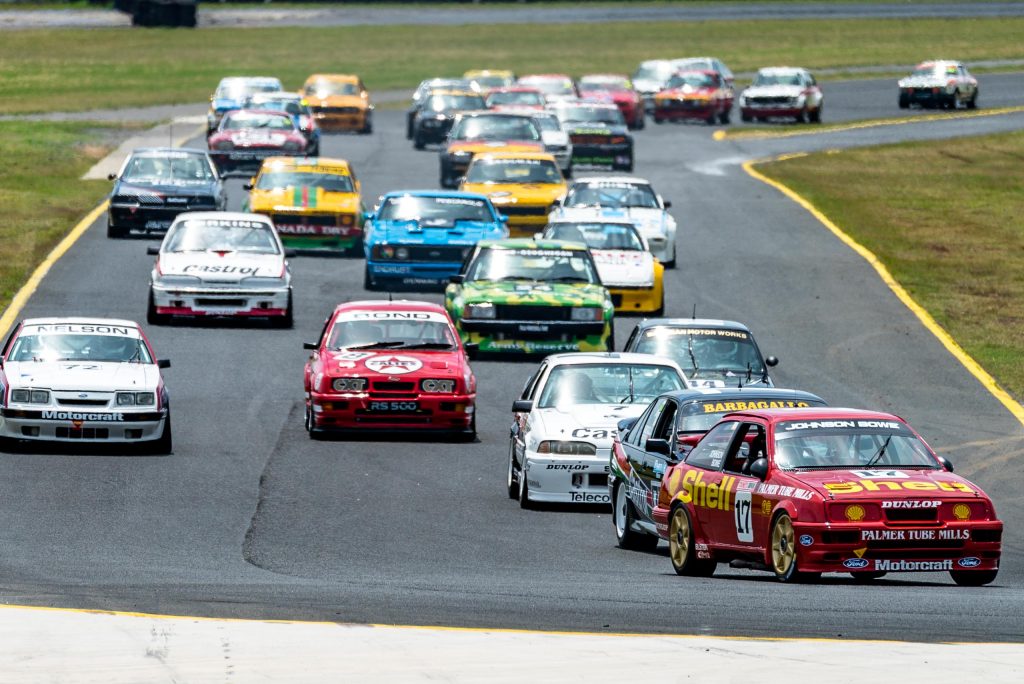 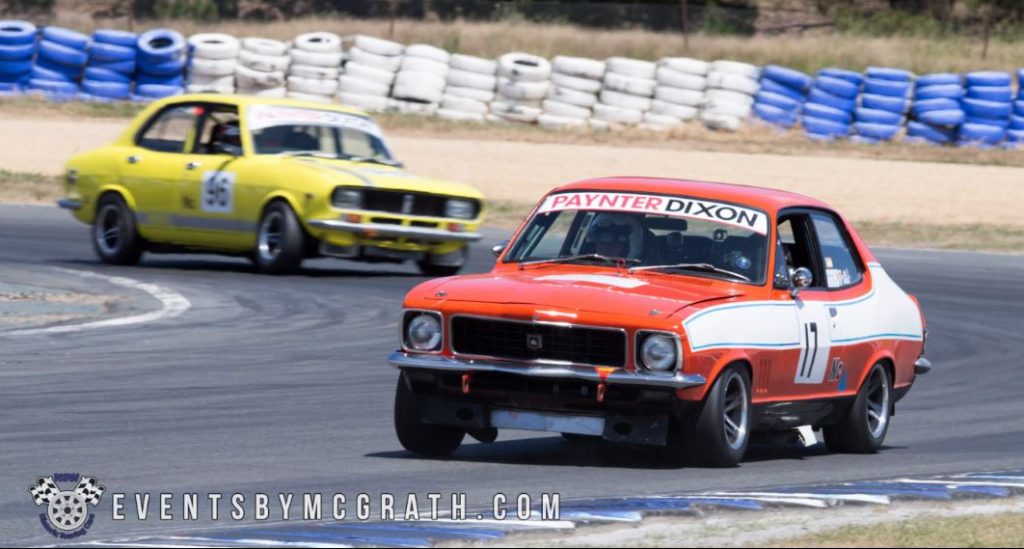 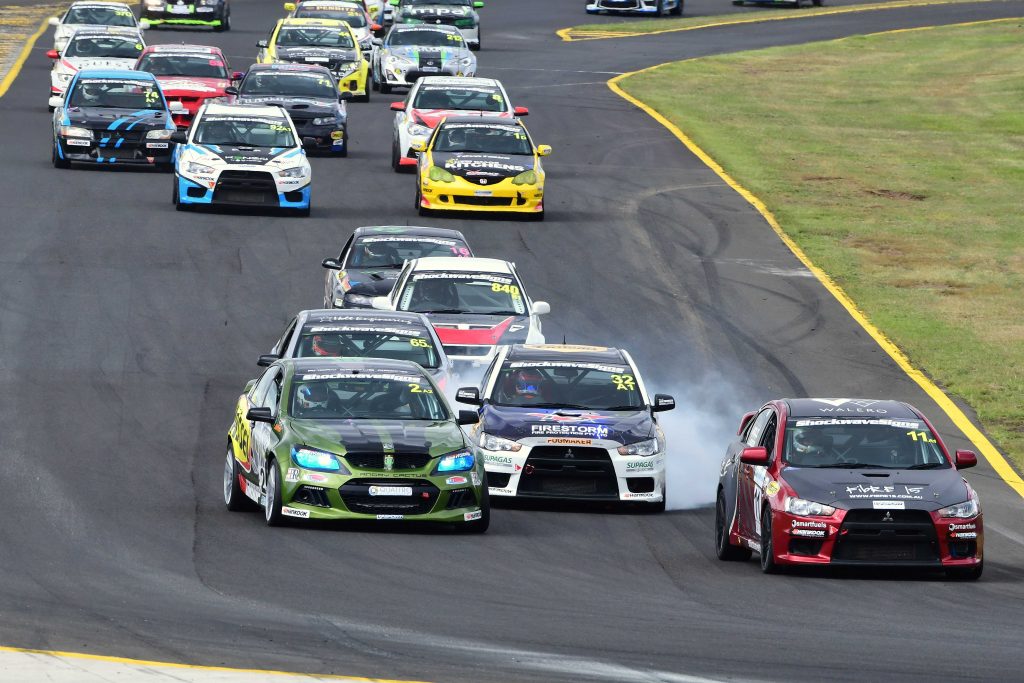 The NSW Production Touring Cars category is promoted by the Street Sedan Racing Association of Australia and operates under the framework of the CAMS 3E Series Production Car regulations.

The category has been around for many years, and several drivers in V8 Supercars, V8 Utes, Porsche GT3 Cup Challenge and Carrera Cup and even international motor racing started their career with us.

The category promotes cost effective and close racing for all makes and competitors, on all budgets, in a family friendly atmosphere. Our multiple class system and innovative point score system rewards consistency so that any competitor, in any class, has the chance to become CAMS NSW State Champion.

Both sprint and enduro races are conducted at Sydney Motorsport Park, Wakefield Park and the occasional visit to an interstate circuit to mix things up a bit for competitors. 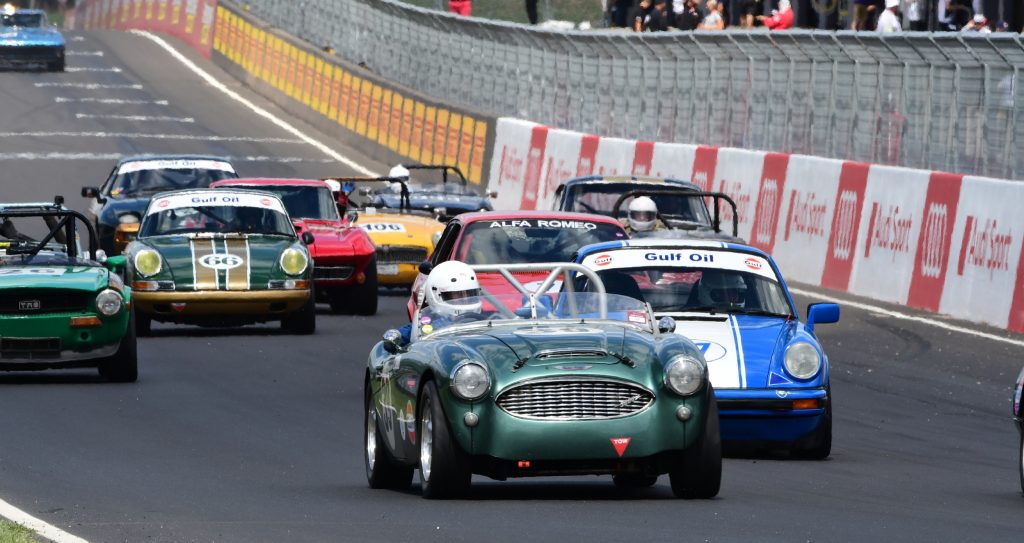 Based on mildly modified production sports cars from the ‘50s, ‘60s and ‘70s, Group S is one of the fastest growing historic motorsport categories with spectacular and diverse grids.  Manufacturers include Austin Healey, Porsche, Lotus, Ferrari, MG, Datsun, Alfa Romeo, Shelby, Triumph, Chevrolet, Renault, De Tomaso and more.  Split into three sub categories based on year of manufacture, there are plenty of ‘races-within-the-race’ throughout the extremely competitive and often full fields.

A company synonymous with racing, not to mention Steve McQueen, is Gulf Oil.  In 2019 Gulf Oil Australia is once again supporting the category.  The iconic Gulf livery was a regular on the tracks of Europe in the in 60’s and 70’s, everything from Porsche 917’s to Ford GT40’s… and now Gulf Oil is in Australia and on Australian race tracks with Group S. 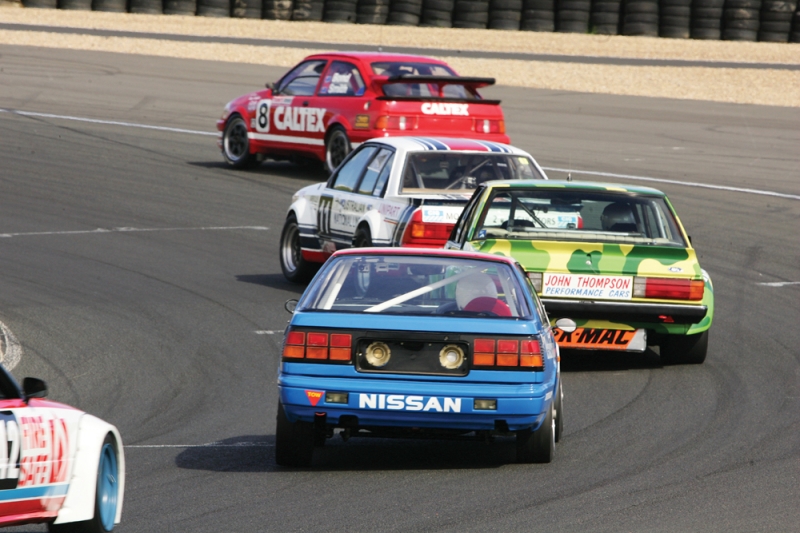 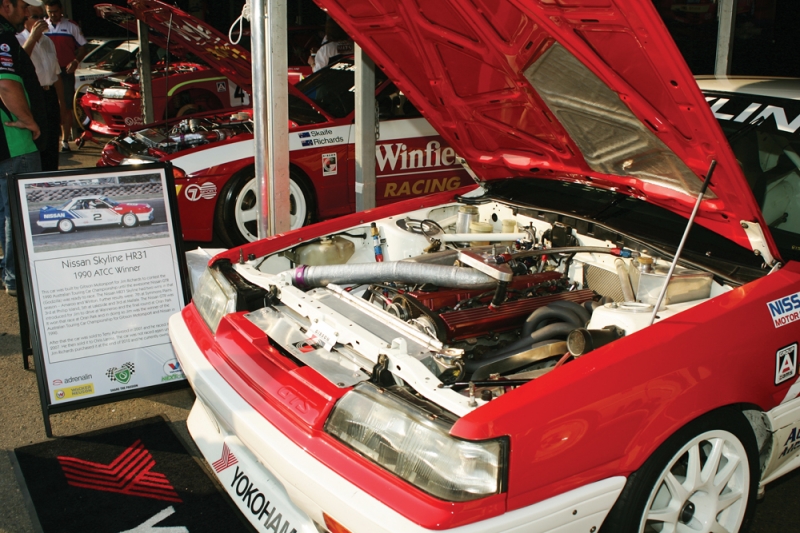 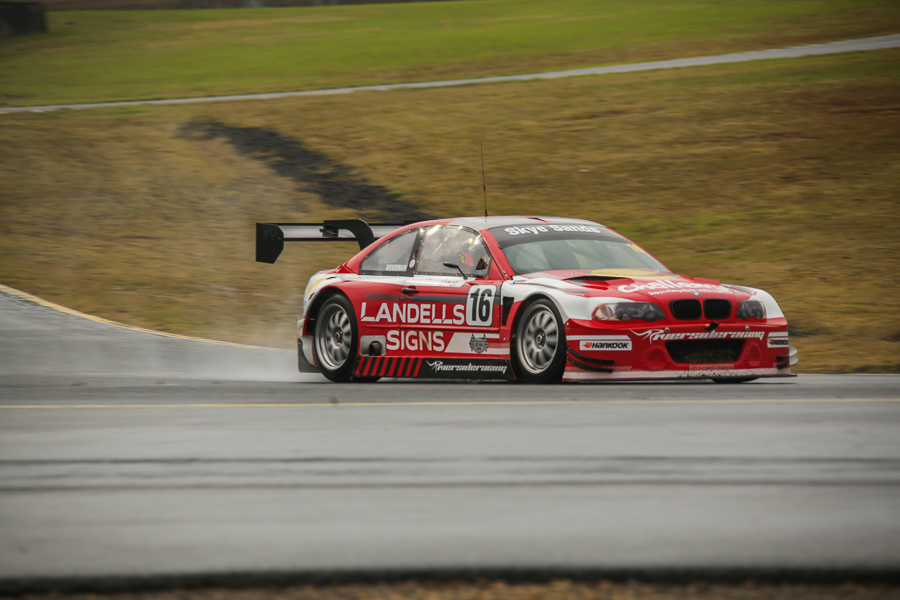 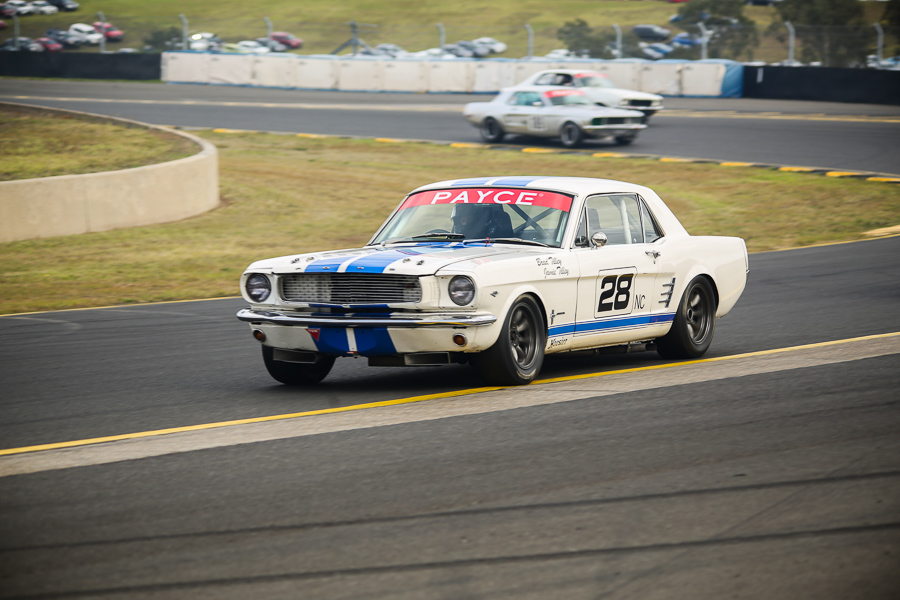 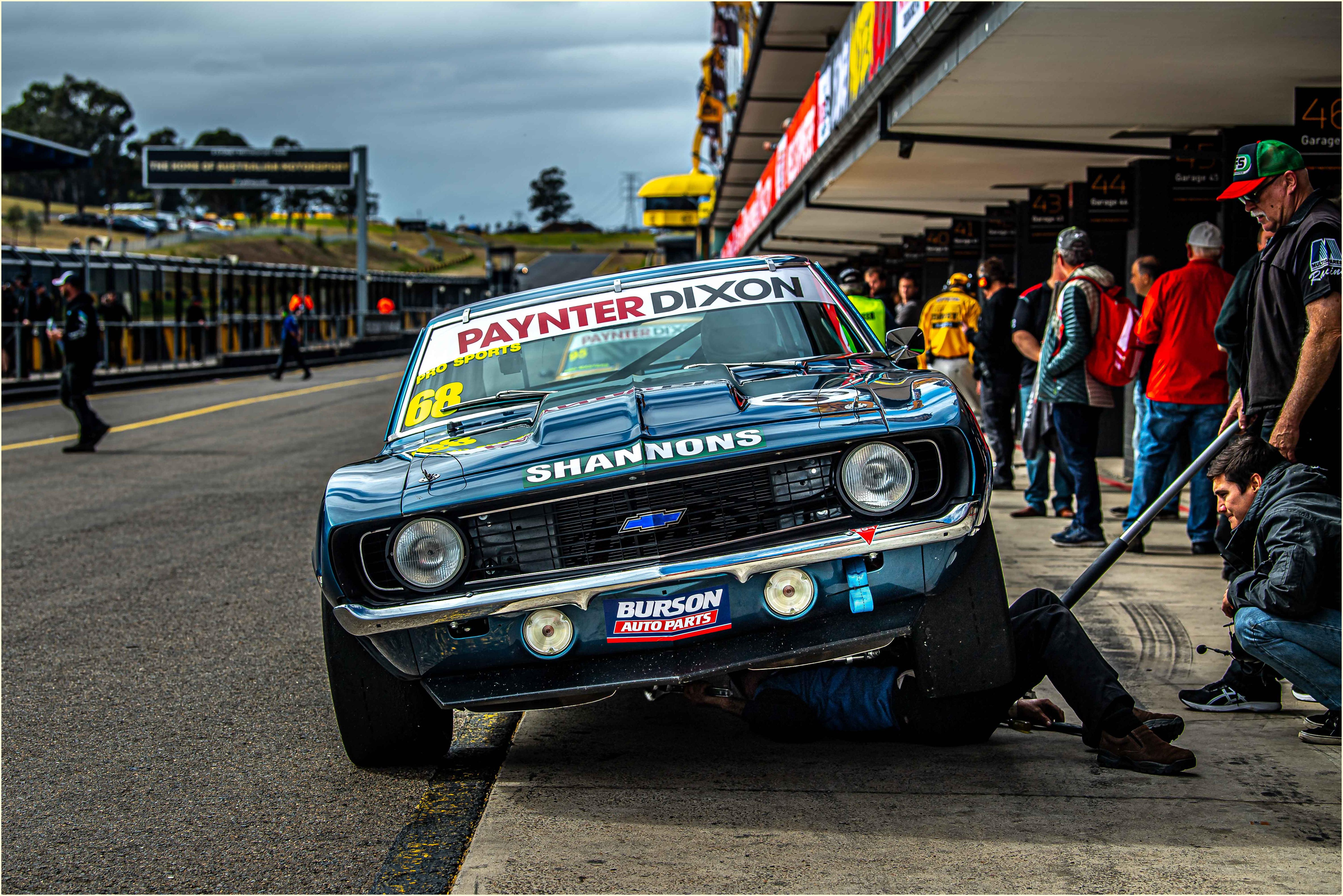 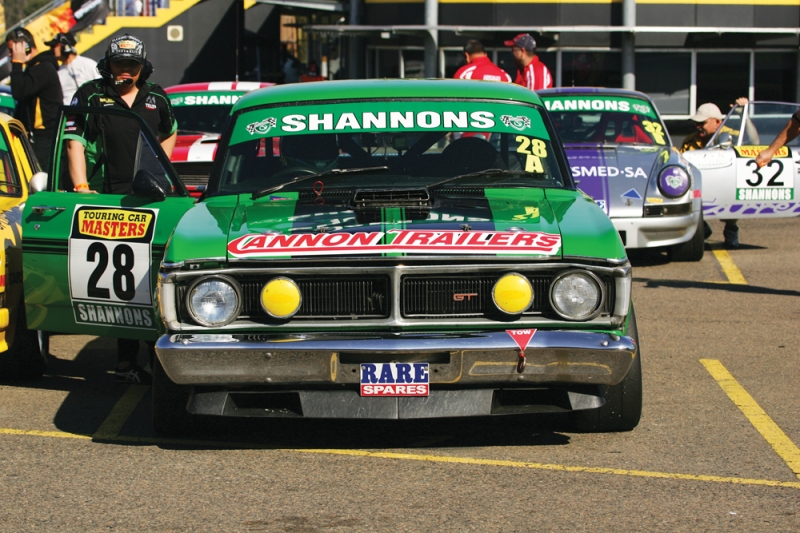 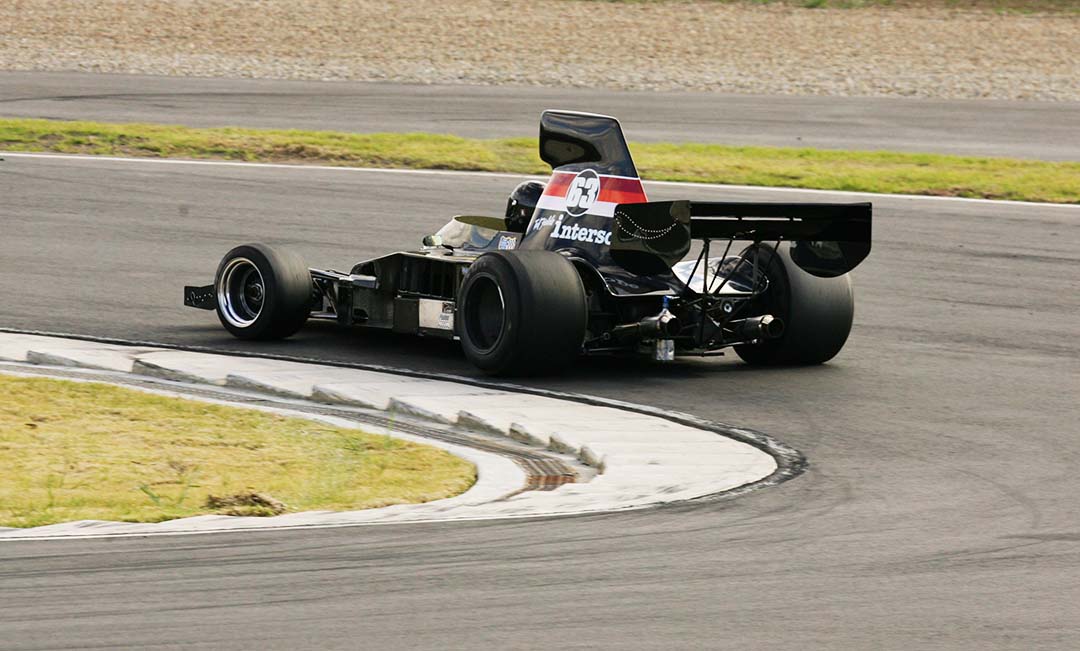 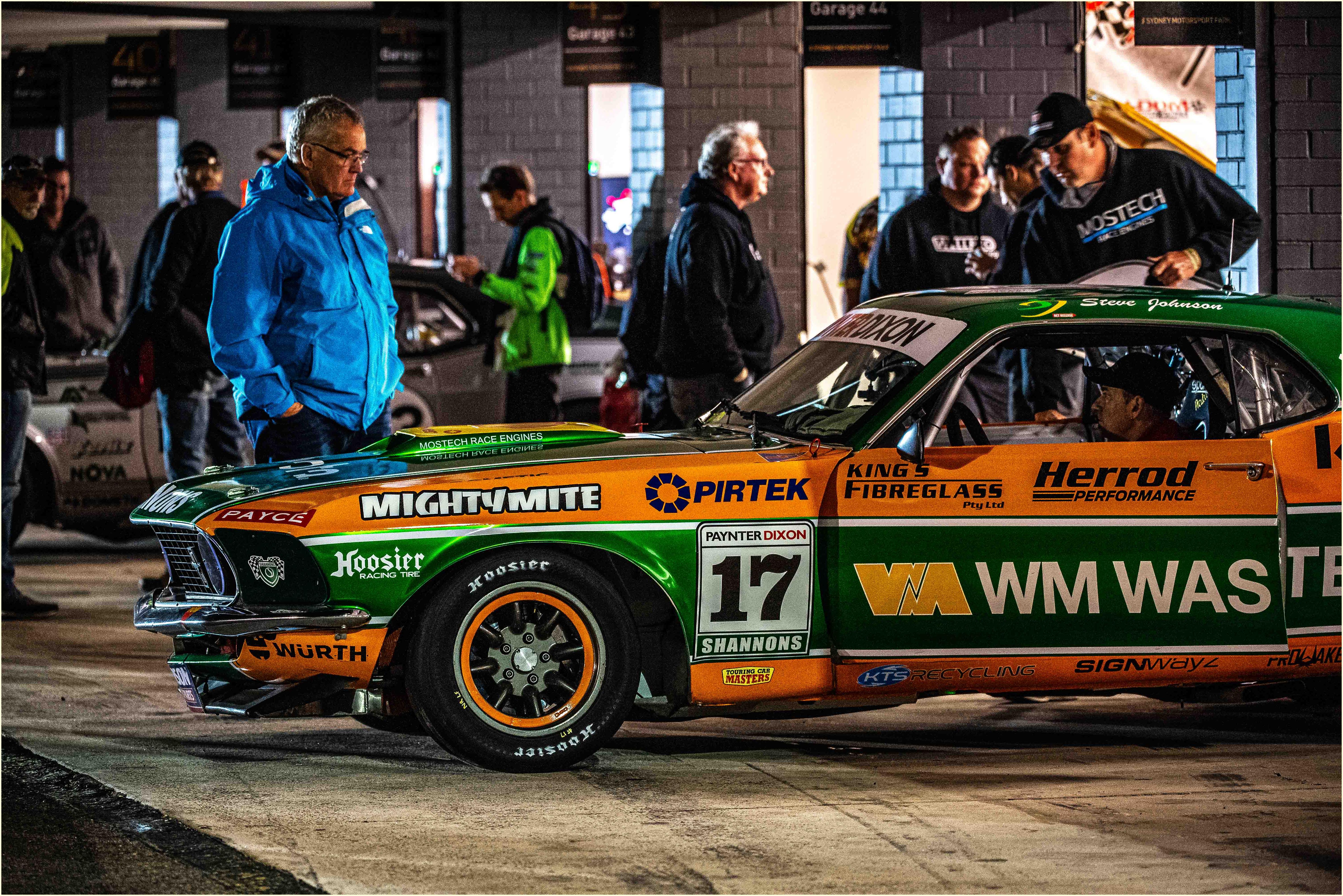 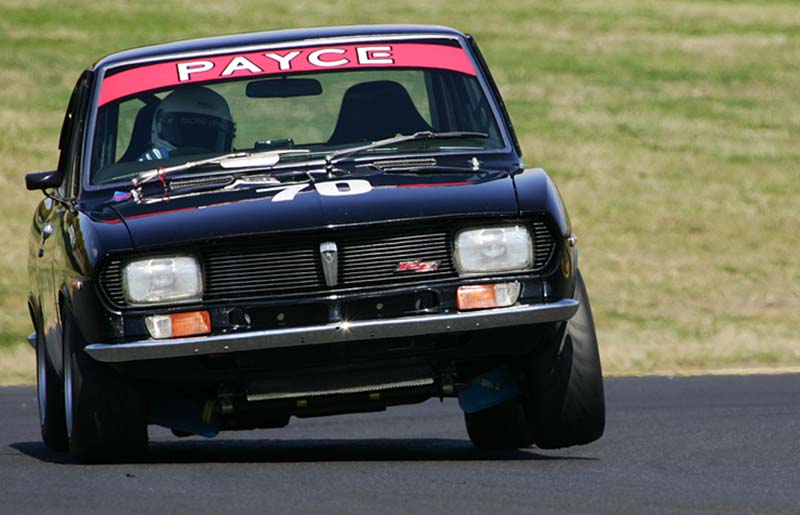